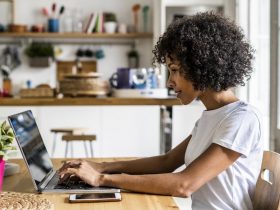 A Doer’s World is supported by its audience. When you purchase through links on our site, at no extra cost to you, we may earn an affiliate commission.

Do you find yourself stalling towards taking steps towards your calling? Do you research endlessly so you won’t “mess up” but really never end up starting?

Endlessly researching, that’s called analysis paralysis. Don’t get me wrong, there’s definitely a place for research. You want to be smart about what you’re about to start-learn from others, look for examples, study the how to. But you also need to know that failure is going to happen. You’ve got to embrace it and learn from it, and most of all, don’t let it stop you!

I get it, there’s fear of failing, fear of other people’s opinions, even fear of success. But the antidote to fear is ACTION. Take baby steps if you have to, but try to take one every day that will move you in the direction of your goals.

It’s time to believe you are worth it!

Here are some examples of people who started before they were ready, met with setbacks and failure, but still persevered:

Thomas Edison famously said “I have not failed. I’ve just found 10,000 ways that won’t work.” As a child, he was thought to be dumb and told that he would never be a success by many of his teachers because his mind would often wander in class.

Good thing for us that the greatest inventor in history did not listen.

Michael Jordan, the GOAT of basketball. (and I’m a native Chicagoan so don’t come at me about anyone else!) I grew up hearing about how Michael Jordan got cut from his high school basketball team. He never gave up his passion after that initial failure, he just worked harder.

“I have missed more than 9,000 shots in my career. I have lost almost 300 games. On 26 occasions I have been entrusted to take the game-winning shot, and I missed. I have failed over and over and over again in my life. And that is why I succeed.”

Stephen King is one of the most famous writers alive. But starting out, he submitted “Carrie” 30 times, and was rejected. 30 Times. He was about to give up and threw his manuscript out. Thanks to his wife, who dug it back out, he submitted the 31st time which turned “Carrie” into a massive success.

JK Rowling considered herself “the greatest failure I knew.” She was a divorced mother, living on welfare, going to school and trying to write a novel in her spare time. She then turned her big idea into the Magical, Lucrative World of Harry Potter.

“Failure meant a stripping away of the inessential. I stopped pretending to myself that I was anything other than what I was, and began to direct all my energy to finishing the only work that mattered to me. Had I really succeeded at anything else, I might never have found the determination to succeed in the one area where I truly belonged. I was set free, because my greatest fear had been realized, and I was still alive, and I still had a daughter whom I adored, and I had an old typewriter, and a big idea. And so rock bottom became a solid foundation on which I rebuilt my life.”

If asked to name a genius, most people would come up with the name Albert Einstein. Yet even for Einstein genius did not come easy. He had speech difficulties as a child and was once even thought to be mentally handicapped.

As a teen he rebelled against his school’s reliance on rote learning and failed. He tried to test into Zurich Polytechnic, but failed again. He pressed on, continued learning, and reapplied to Zurich, finally being accepted. He then went on to receive his PhD and ultimately, a Nobel Prize in Physics.

Anyone who has never made a mistake has never tried anything new.

So, you see, everyone starts at the beginning as a newbie. They embraced fear and just started. You are never going to be “ready,” the timing will never be perfect. You’ve got to just jump in and start before you’re ready. 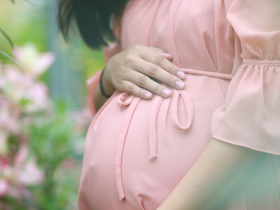 Having a Baby After 40

Welcome to A Doer’s World!